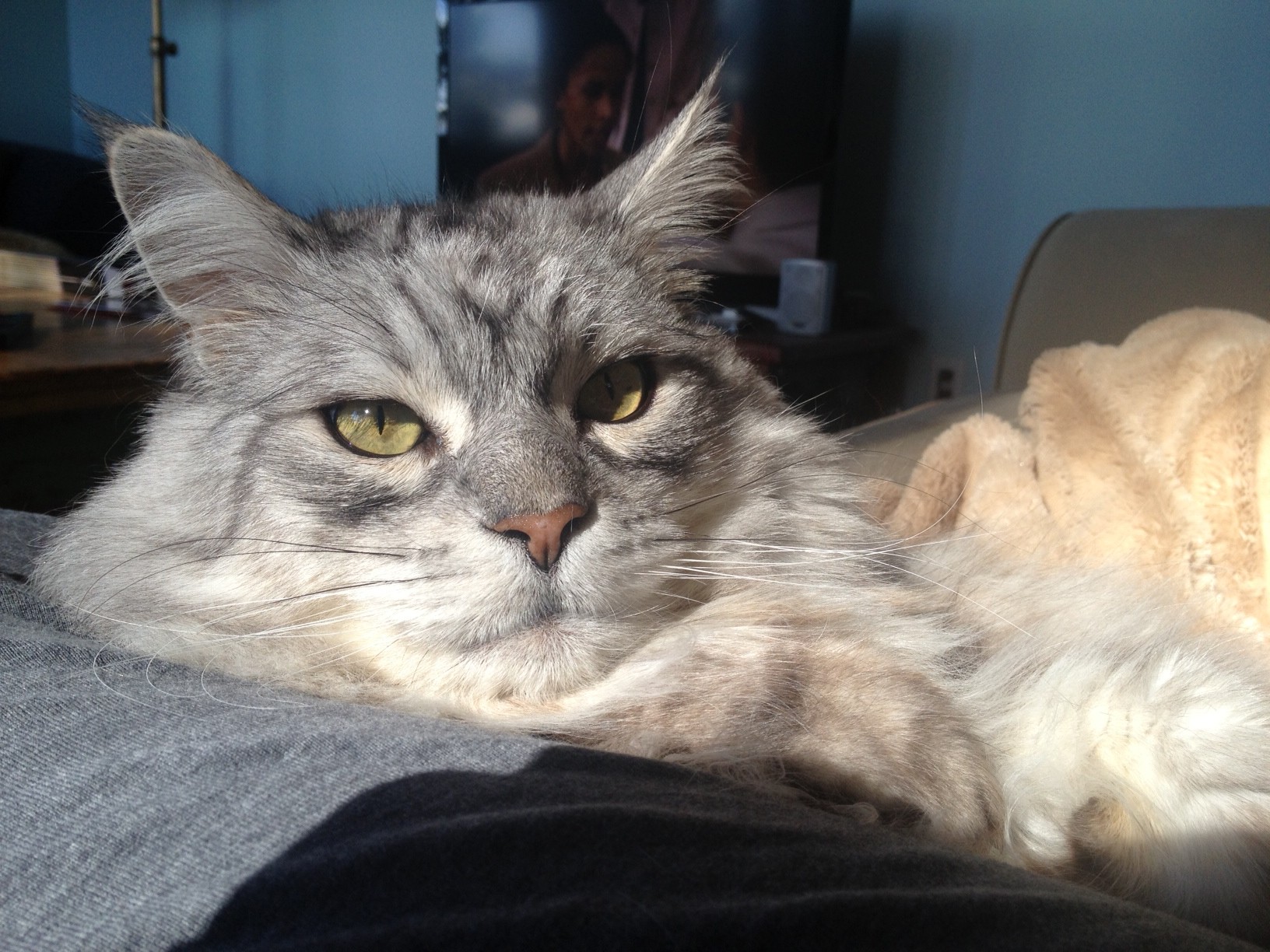 Fourteen months ago, my cat got the worst tenth pre-birthday present ever: a diabetes diagnosis.

I'd noticed he'd been lethargic, and had stopped jumping up on the couch or the bed, which I chalked up to a worsening of an existing chronic hip problem. But he started to park himself in front of his water dish, and drink constantly. Then he peed the bed, which I thought might be the beginnings of senior cat incontinence. I've since learned that true incontinence is very rare in male cats—it was more likely too painful for him to get up and move to the litter box, due to a condition diabetics get known as neuropathy.

Off to the vet we went, and boom! Our lives changed. We learned about twice daily insulin injections, on a very rigid schedule. We learned how to prick Diesel's ear to measure his blood glucose (BG) levels. The very first time I took a measurement, I canceled a dinner engagement and rushed off to the vet, because the cat's BG was into hypoglycaemia territory. In those first weeks, we could not get his BG to settle into any coherent pattern, and I lived in constant fear that I would accidentally kill my cat with an insulin overdose.

We learned about obligate carnivores. Unlike dogs, which can really eat just about anything and do, cats evolved as pure carnivores. Their bodies do not process carbohydrates very well. And unbeknownst to me, the dry food Diesel had been eating his whole life was at least 30% carbs. Most dry food for cats is very high in carbs. So eventually Diesel's pancreas just couldn't cope with the sugar overload anymore, and he developed diabetes.

But we also learned something else. Unlike people, cats can, if their diabetes is caught and treated early enough, go into diabetic remission. Which, in fact, Diesel did, and which is why his BG was so hard to regulate during that first month on insulin: when we switched him to an ultra-low-carb-high-protein wet food, his pancreas effectively started rebooting almost immediately. It took about six weeks, gradually tapering off his dose, before he was off insulin completely.

I like dry food because it's not as messy as wet, and is supposedly better for cats' teeth. But in the grand scheme of things, I'll take bad teeth over diabetes any day. I don't promote many products on this blog besides books, but I will give a big thank you to Nature's Variety Instinct wet cat food. Diesel has eaten nothing but this food for over a year, and has been in diabetic remission since April 2012. The food has greatly improved his health, and both his and our quality of life. And on top of dealing with his diabetes, the Instinct has also made his coat softer and less matted, and seems to minimize his hairballs (BONUS!).

I will never feed another cat of mine dry food again.

Diesel's path to remission fairly closely followed the protocol in this paper by Kirsten Roomp and Jackquie Rand, with variations based on regular consultation with our vet.