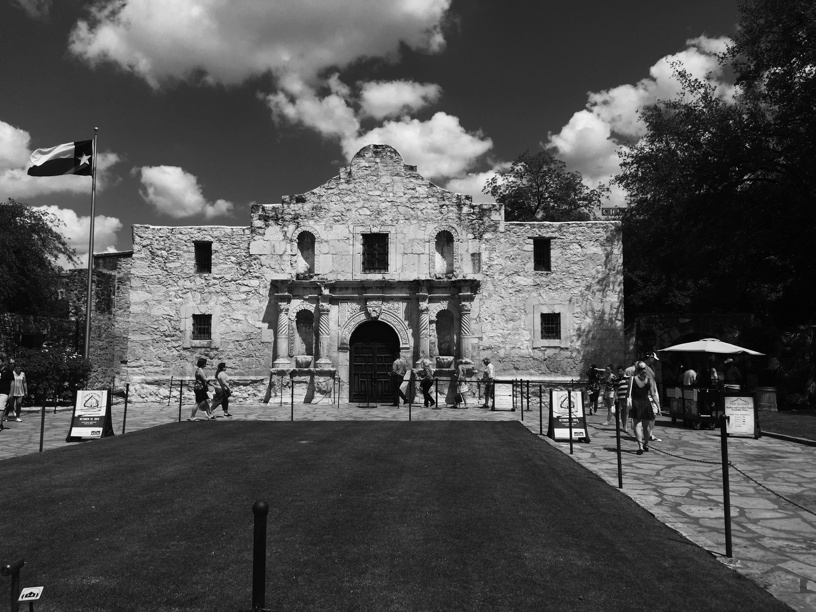 I spent last weekend chumming around with old friends and making new ones at the Paradise Lost Writers Workshop in San Antonio, Texas. It was a weekend both invigorating and exhausting. I don't think I went to bed before midnight any night there (and had a couple of 2-3AMers too). I got introduced to Cards Against Humanity, toured the Riverwalk, saw the Alamo, bought the most skookum pair of cowboy boots, ate some great Tex-Mex and steak, drank tasty margaritas, and oh, yeah, workshopped my writing.

Pro lecturers Delilah S. Dawson, Chuck Wendig, Robert Bennett and Marko Kloos were all informative and entertaining. We had the largest gathering of VP XII alumni since 2008, in the form of me, Marko, Claire Humphrey, Steve Kopka, Jeff MacFee, Tim Keating, and Julia Reynolds. I read a lot of great stories by up and coming writers in my critique track. If they are any indication of the future of speculative fiction, readers will be in good hands. I got some nice new data points on how I've progressed as a writer since Viable Paradise in 2008, as I haven't been to a workshop since. It was gratifying to learn that I don't appear to have regressed, and have, in fact, improved in many areas I've been working hard at over the years.

All in all a worthwhile trip. Now, to process all this feedback and get on with the writing!

Claire sums up the general feeling about PL 5

We needed a LARGE table at Mi Tierra

Pools on the Riverwalk