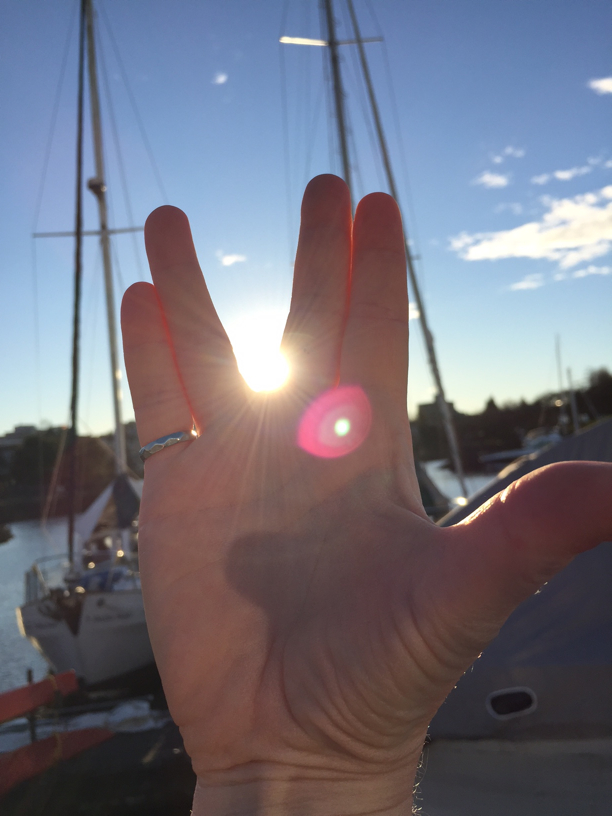 I've been sad and a little teary all day. The first thing that came up in my social feed was news of Leonard Nimoy's passing.

Star Trek was a major Sunday morning family ritual in our house. We didn't have cable, and it was one of the few science fictional universes I had access to on television (Dr. Who never aired on a channel available to me in Montreal in those days). But the CBC ran Star Trek for years, and no matter how many times I'd seen those syndicated reruns, I always sat rapt in front of the TV on Sundays.

My cousins and I would spend holidays and summer vacations together. We were a 6-kid posse, 2 boys and 4 girls. One of our favourite activities was role playing characters from TV shows: The Six Million Dollar Man, Emergency, Battlestar Galactica. But the one we turned to most often was Star Trek. My eldest cousin always played Kirk, and I, as second eldest, played Spock. Always Spock. Spock was the science officer, the person I aspired to be. So I knew Spock. I was Spock.

I never met Leonard Nimoy, but he was and always will be my friend, the one that fired my imagination as a kid. He most definitely contributed to that engineering ring you see on my finger, by inspiring in me a love of science and space. Also, a love of travel and exploration. Star Trek normalized life on a ship, and guess where I live now?

Go boldly across that final frontier, Mr. Nimoy, and thank you for the wonderful memories.